“AGNI PARTHENE DESPINA ” one of the most devout hymns of Orthodoxy.

The hymn “AGNI PARTHENE DESPINA”  is a non-liturgical hymn composed by St. Nectarios of Aegina in the 19th century, during his tenure as director of the Theological School at Athens Rizario.

According to tradition, the AGNI PARTHENE DESPINA appear before St. Nektarios monastery in Aegina, and asks him to record on paper a particular hymn, where the angelic choirs were ready to sing. This hymn was “Pure Virgin – Despina.” 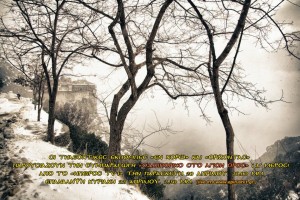